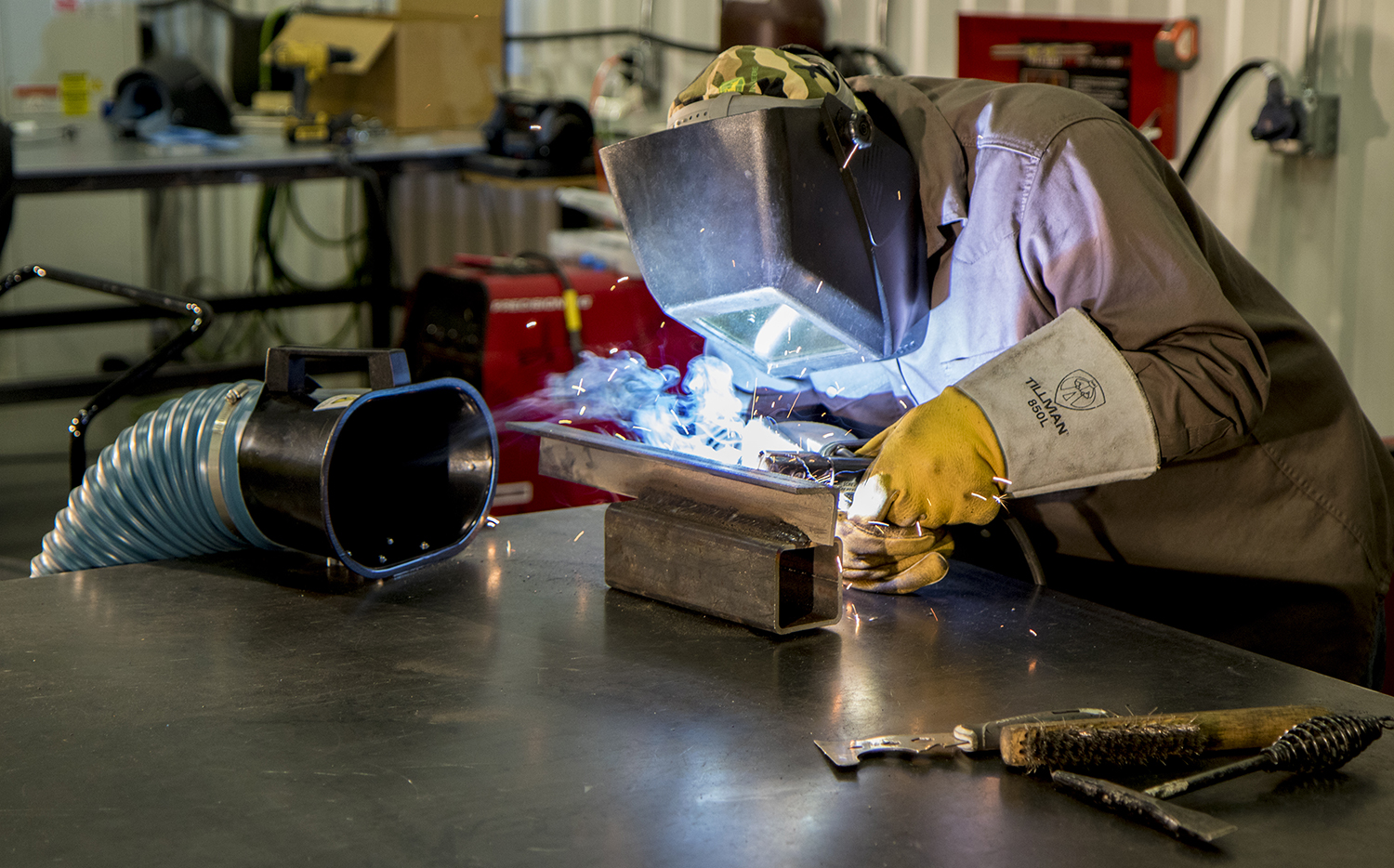 Welding fume isn’t something you want to disregard. We’ve all had that co-worker that sniffs and sneezes a lot. Is it allergies, or is it Welding Fume? Welding fume is an invisible hazard that can have serious long-term health effects. It can cause coughing, upset stomach, sore throat, tiredness, and be detrimental to your respiratory system. Welding fume can be produced by any metal-on-metal grinding, chipping, or buffing process. In the construction industry, it’s usually produced by grinding, chipping, or sanding. Welding fume is not the nasty haze or cloud of smoke you might expect.

Understanding What Welding Fume Is

Welding fume is a generic term used to describe a specific set of airborne contaminants that result from welding or cutting processes. These airborne contaminants can cause a variety of health problems such as eye, skin, throat, lung irritation, and respiratory, neurological, and reproductive issues.

Welding is a process in which two pieces of metal are joined together by a filler metal into a single piece of metal. During the process, the metal is heated to a molten state, and then a filler metal is introduced. The filler metal is forced to flow around the molten metal, filling the gaps, and then the process is stopped. The filler metal and the molten metal cool together, and they form a joint between the two pieces of metal. The joint must be strong enough to support the weight of any object that will be placed on top of it. And that is why it is important to know welding fume.

Welding fume is a complex combination of particles and gases that is generated when you weld. It’s an occupational hazard for welders and is also a concern for people living or working in the vicinity of welding operations. Welding fume contains particles of metal oxides and metal fumes and organic compounds, and combustion byproducts.

Why is Welding Fume Hazardous?

Welding fume is a serious health hazard. Welding fumes consist of a complex mixture of very fine solid particles and liquid droplets. Welding Fume is composed of metal oxides, fumes from the metal being heated (including silicates), and fumes from the shielding gas. These fumes are called toxicant gases and vapors. Although all methods of welding can produce welding fumes, arc welding produces by far the largest amount. In addition to the vapors and gases, welding fumes can contain heavy metals, silica, asbestos, and other harmful substances.

While dangerous, welding fumes are not the only hazard tied to the activity of welding. Other common hazards include:

Heat is the main concern when welding since it can lead to burns. For this reason, it is important to be aware of your surroundings when welding and respect the heat that you generate.

It can carry a variety of harmful substances. They are generated during the welding process and refer to the fumes generated by the welding and cutting of metals. You are probably aware of the risk posed by airborne particles.

Welding is a very common form of manufacturing that has been around for centuries. It involves using heat to join two pieces of metal together in a process called fusion welding. However, in the process, fumes are given off; in many cases, harmful fumes. These fumes can cause shortness of breath, coughing, headaches, dizziness, nausea, and even cancer.

Welding fume is a term used to describe the airborne particles that result from welding. These fumes are produced when the welding arc melts the base metal or filler material. Depending on several factors, including the type of metal being welded, the composition of the filler material, and the process being used, welding fumes can be made of a combination of oxides, nitrides, and sulfides of iron, chromium, nickel, copper, cobalt, manganese, zinc, zirconium, titanium, and aluminum. The resulting fumes can be extremely toxic and harmful to a person’s respiratory system.

Welding fume is a complex mixture containing primarily silica, which is the predominant fiber found in the rock and sand that we used to make glass and bricks. Other common elements found in welding fume are aluminum, manganese, iron, copper, zinc, and lead. Copper, zinc, and lead are toxic, while manganese is only toxic at very high levels. Silica is the primary concern with welding fume, as it is the most common cause of silicosis.

Welding is the metal joining process of using high heat to melt pieces of metal together. Welding fume is the fumes generated by burning or melting metal oxides. Fumes from welding can be harmful to your health and should be contained, removed from the work environment, and controlled.

Welding fume is a big danger in the workplace, especially for workers in the construction, fabrication, and shipbuilding industries. Fumes can be generated by arc and gas welding, cutting, brazing, and soldering, and they are both oxidizing and toxic. But why is it so dangerous? For one, many people are exposed to their day-to-day work without knowing it. (A recent study found that 75% of workers in steel mills, for example, were exposed to welding fumes, even though they don’t weld or cut steel.) Second, welding fumes aren’t always toxic when generated, but they can become toxic once they’re inhaled.

Welding is a very hot industry, not just in the literal sense. Welding, especially when done with welding fume, is a very dangerous and harmful job that can be life-threatening. Many things need to be considered when welding, including the materials, the workplace, The first, and the equipment.